The word myein is an ancient Greek verb meaning “to keep the mouth shut.” Linked to medieval initiation rites and the secrecy surrounding them, Myein has come to stand for that which cannot be explained.

In The Magician’s Dictionary: An Apocalyptic Cyclopedia of Advanced Magic(k)al Arts and Alternate Meanings, E.E. Rehmus writes that myein is the root of the word mystery and states, ”

There is a practical reason for keeping silent about private or creative projects, especially while they are in the planning stage. Any talking about a plan will be a talking out of it, because talking is an action of its own and automatically substitutes for physical action…Plans must also be hidden until the moment comes to act or others will interfere with them.

Ever have a friend who only wants to have serious discussions at a coffee shop about their novel and never has anything to show for it? If we spend all of our time talking about an endeavor the work itself is never actualized.

Mysteries are hidden truths that must be maintained as such from the uninitiated. Rehmus writes:

Silence is one of the first commands of the ancient mysteries. The purpose of silence is not to impede knowledge. It has to do with occult rituals that produce thought creations–since they are thought created, they can easily be weakened by raw, uninitiated thoughts.

Enlightenment is best expressed through ritual, works of art, joking and exotic behavior rather than through actual messages in so many explicit terms. Esoteric words are used to ensure that the seeker can understand only if he has reached a certain level on his own…The greatest truths are multi-dimensional life-long fonts of revelation, disclosing themselves to successive stages of understanding, little by little, in keeping with one’s experience.

Spiritual growth is an individual journey, based upon personal revelation. If Silence is not observed, then we deprive the individual of revelation and break the thought-form itself. However, silence does not equal isolation. When we read or write books, we decide when we start and stop to engage with the words on the paper. Rehmus says:

One is always a captive audience of the spoken word, whereas to read is an outgoing, positive activity taking place in total freedom. Therefore, the reader has proved, by virtue of his persistence and attentionality that he is entitled to instruction–having found the tree he is allowed to extract its fruit. Then, having tasted, he must decide for himself whether it is life-sustaining or not.

Preaching or proselytizing are ineffective means of communicating ideas or truths because they are designed to create captive audiences. Our minds become defensive when contemplation is blocked. When you read an amazing book you lend it to someone to whom you think will benefit from its contents; you do not read them the entire book.  Bestow a gift to someone you love by allowing them to have their own revelation.

Expressing teachings in the proper way (art, theater, writings, or ritual) can be a powerful way for others to experience truth. Keep your plans secret until its time to share their results. See yourself as a being of unlimited potential. Respect your truth by honoring its mystery. When appropriate, keep your mouth shut. 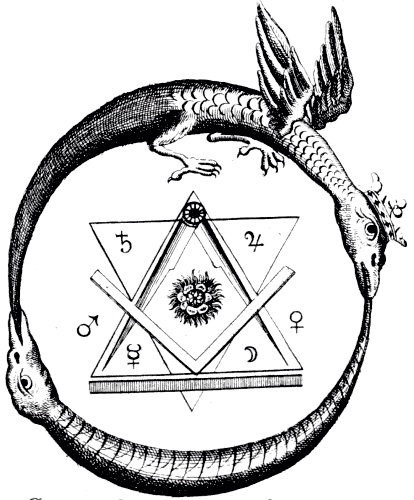