The next big X-Men event will feature former New Mutant and fan favorite Magik, aka Illyana Rasputin, aka the Darkchylde. The teleporting Russian sorceress/ruler of demonic dimension Limbo (and little sister of X-Man Colossus) will star in her own mini-series titled “Ex Infernus.” On MySpace Comicbooks, writer C. B. Cebulski announced that artist Giuseppe “Cammo” Camuncoli will be drawing the series (covers will be drawn by David Finch). Below are the sketches he posted for the sequel to 1989’s fondly remembered crossover, Inferno. Comic Book Resources has a great interview with C. B. Cebulski here. 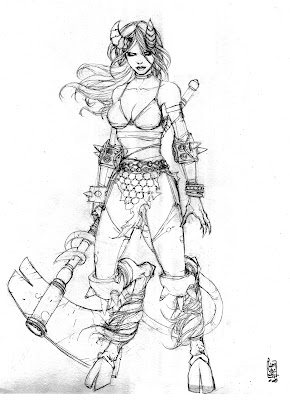 Magik’s got a lot goin’ on here. She looks a bit Red Sonia and Conan with some Dungeons & Dragons thrown in. Which is to say, I love it! The really large tail is the only thing I’m not really into. I prefer Illyana with a thinner demon tail, the thick one reminds me too much of tail-slinging Whiplash from He-Man. 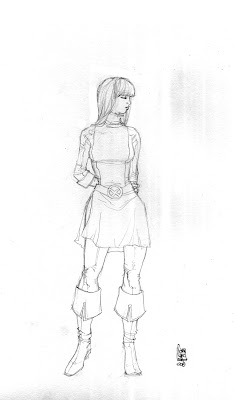 Illyana in her demure form, just trying to be a regular girl. I like the wistfulness conveyed in her expression and her uncertain stance. The skirt portion of the classic New Mutant costume gives it a bit more sword & sorcery aspect. This design debuted in Magik’s issue of the Mystic Arcana mini-series and I’m glad to see it continued here. 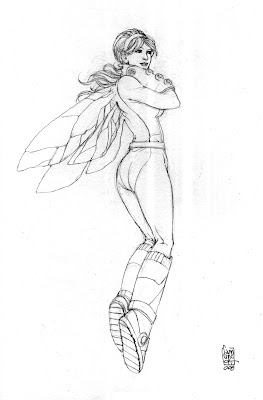 Following in the tradition of Kitty Pryde, Jubilee, and Armor, Pixie brings a youthful optimism and a gutsy can do attitude to the X-Men. Cebulski says Pixie has a large part to play in “Ex Infernus.” 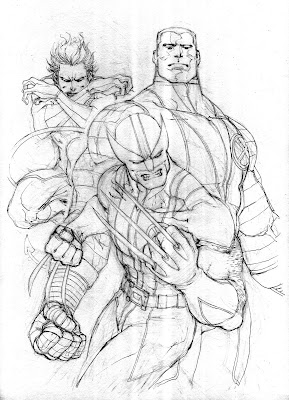 Cebulski calls Nightcrawler, Colossus and Wolverine the X-Men’s “trinity” and promises that they all play a large part in the mini-series. This image really gets their personalities across. I especially like Nightcrawler’s crossed arms. I’m really looking forward to this mini-series!

Asexuality: Not Just for Amoebas Anymore