Asexuality: Not Just for Amoebas Anymore

I found this article about one person’s experience as an asexual interesting. Asexuality as a lifestyle (for lack of a better term) intrigues me. I mean, I claimed to be asexual too once upon a time. Like when I was in high school and I knew that coming out as gay would not be looked upon favorably. Using Morrissey (he was still in The Smiths at the time) as my role model, I submerged thoughts about sex deep into my subconscious. I’m not saying that’s what the asexuality movement (is that what it is?) is about, because asexuality is defined as an individual who doesn’t experience sexual attraction at all. Regardless of my environment, that description has never applied to me. I just played a clever game of pretend (not so clever really, because the only person I wasn’t really out to was myself). 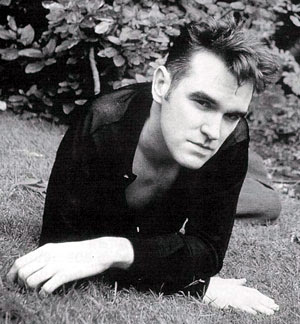 At first glance, it’s easy to dismiss asexuals as people who just aren’t in touch with their sexual selves. It’s probably more complicated than that. Or maybe some people just aren’t born with a sexual drive to get it on.